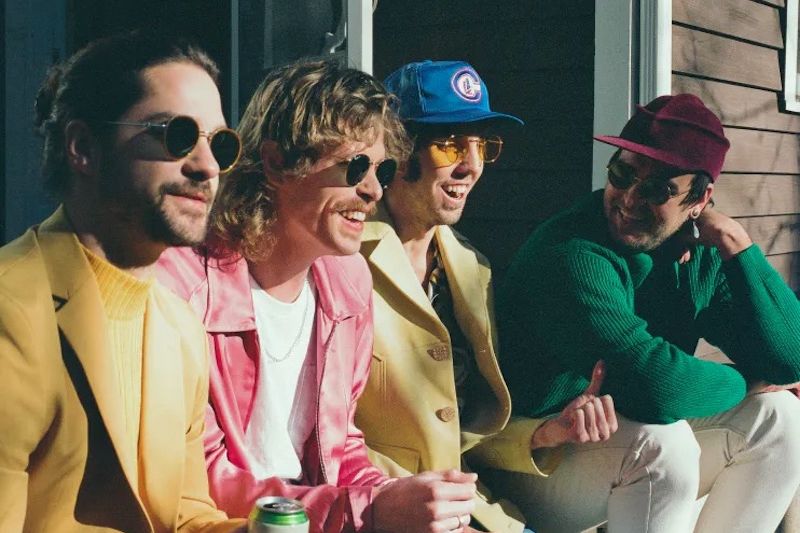 blue hot folk band, Caamp, will bring its Lavender Days Tour to KettleHouse Amphitheater for two shows. Caamp has had what most would consider a meteoric rise. It wasn’t too long ago, in 2016, when Caamp released their self-titled debut album. The LP quickly racked up 50+ million streams with a staggering 25 million streams for their single “Vagabond.”
Formed in Columbus, Ohio, Caamp was originally a duo, comprised of Taylor Meier and Evan Westfall. They brought on a third member and longtime friend, Matt Vinson, to join as their bassist before recording By and By in 2019.
Now, they’re gearing up for the release of their third full length studio album, Lavender Days, which will release on June 24.