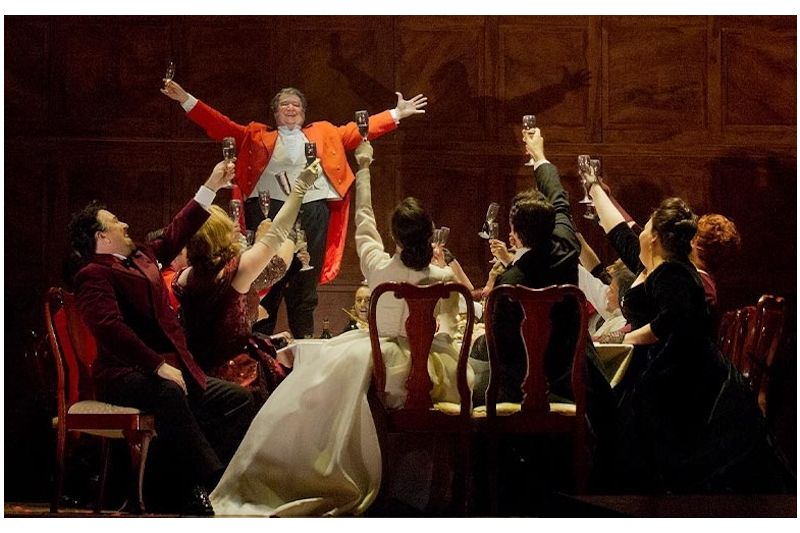 A deeply human comedy, Giuseppe Verdi’s last opera Falstaff is an Italian classic. The story is a blend of scenes from Shakespeare, primarily drawn from the comedy The Merry Wives of Windsor. It centers on the remarkable personality of Sir John Falstaff, a buffoon nobleman whose arrogance and ego delusionally lead him to scheme for the affections of two married Windsor wives. With a supremely well-crafted score, it is among the greatest operatic comedies of all time.