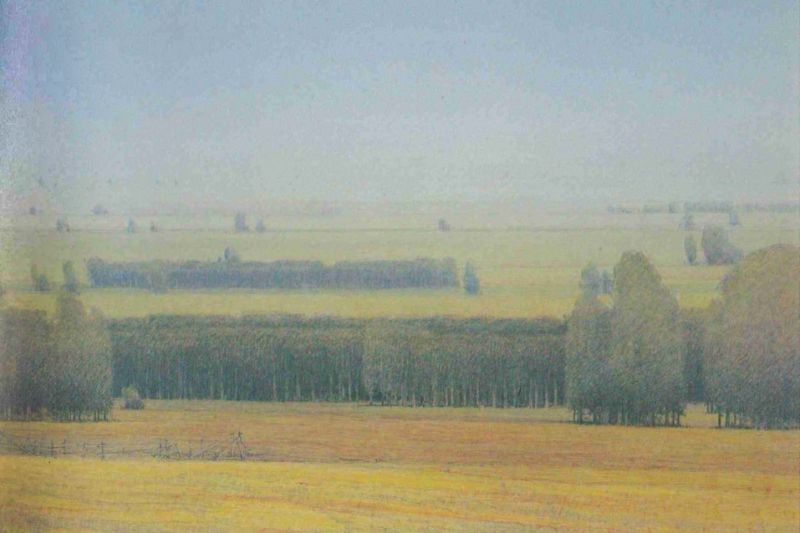 Russell Chatham was a local legend in Livingston, who found himself inspired by the area’s landscape, especially rainy mornings and hazy sunsets. These scenes became locally known as “Russell Chatham Days,” when the horizon line disappeared, and the sky and land become one ethereal plane. His work grew in popularity as he began making fine art prints, eventually becoming one of the world’s leading lithographers.
The Missouri Headwaters series (featured in this exhibition) was conceived by Chatham in 1985 as a way to expand upon his newly-acquired printing skills. The 12 lithographs portray the confluence of the Jefferson, Madison, and Gallatin rivers at Three Forks,