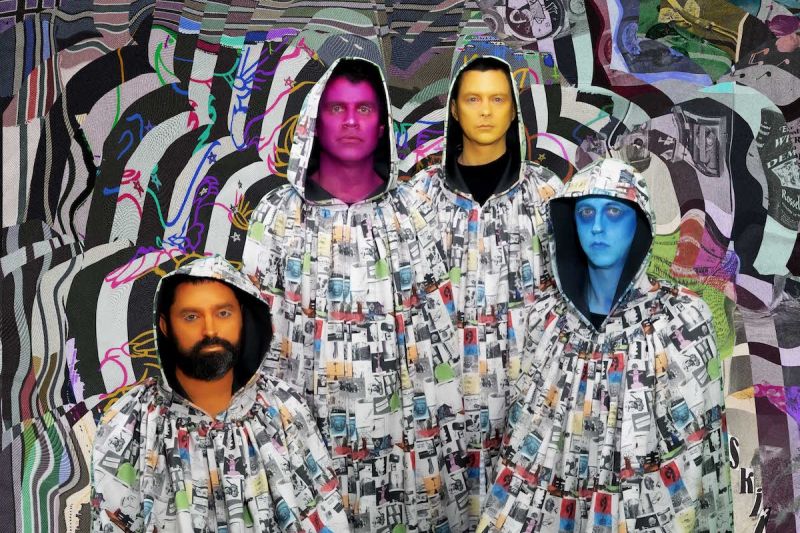 Experimental indie rock band Animal Collective performs at The Elm in Bozeman on Friday, Aug. 19, and at The Wilma in Missoula on Saturday, Aug. 20. Both shows will feature support from experimental pop band Tomato Flower.
For more than 20 years, Dave Porter (Avey Tare), Noah Lennox (Panda Bear), Brian Weitz (Geologist) and Josh Dibb (Deakin) have been rewriting the musical map with each astonishing release as they continue their pursuit of a new psychedelia.
Time Skiffs, released in 2022, is the 11th and most recent album from Animal Collective. Glide Magazine calls it “an explorative-yet-accessible album that finds the ensemble at their most copasetic in over a decade.”