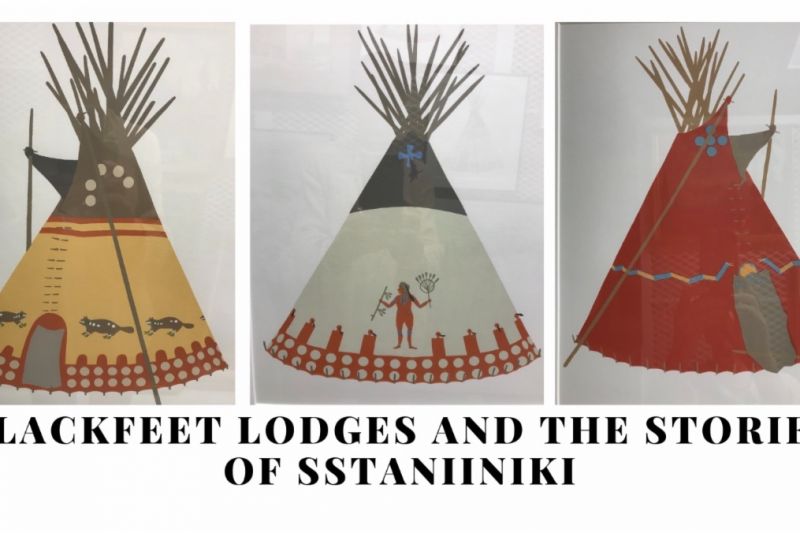 Sstaniiniki (Cecile Black Boy) was an intrepid and meticulous researcher and interpreter of her people’s ways of life. As part of the Works Progress Administration’s Federal Writers Project, from 1939 through 1942 Sstaniiniki traveled all over the traditional Siksikaitsitapi (Blackfeet) homeland collecting stories. These are sacred images and stories, passed down through generations, telling of the traditional Blackfeet way of life.
Sstaniiniki’s stories and pictures became the basis of Blackfeet Tipis: Design and Legend (1976), a series of fine art prints and stories edited by John C. Ewers and Olga Ross Hannon and illustrated by Jessie Wilber. This exhibit was built from all of these sources and includes lodge drawings contributed by others in the Blackfeet nation.
This exhibit, on display Nov. 12-Jan. 8, was organized and loaned by the Museum of the Plains Indian in Browning, Montana.