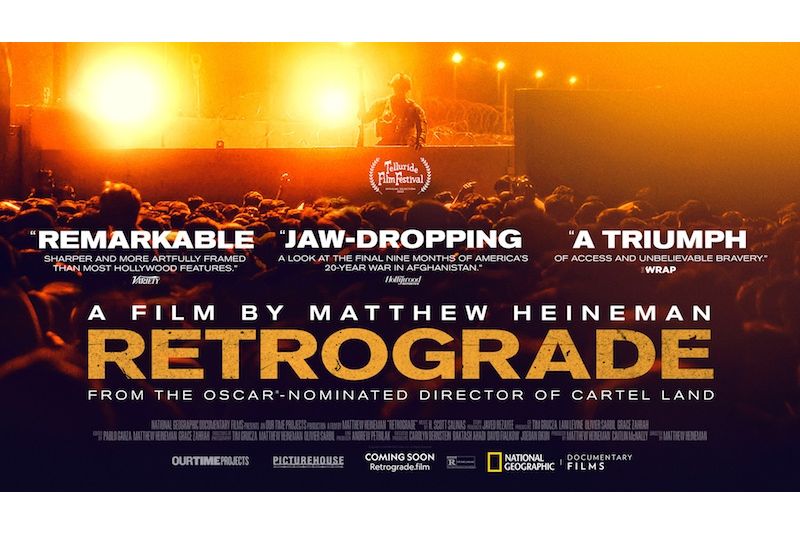 The Bozeman Doc Series continues with the Montana premiere of the critically acclaimed new documentary Retrograde. Oscar-nominated filmmaker Matthew Heineman’s latest film captures the final months of America’s 20-year war in Afghanistan. The story is told from the perspectives of the last U.S. Special Forces to leave, a young Afghan general and his corps fighting against all odds, and the civilians desperately attempting to flee as the Taliban closes in. An observational tour-de-force, Retrograde offers a cinematic and historic window into the end of America’s longest war and the costs endured for those most intimately involved.