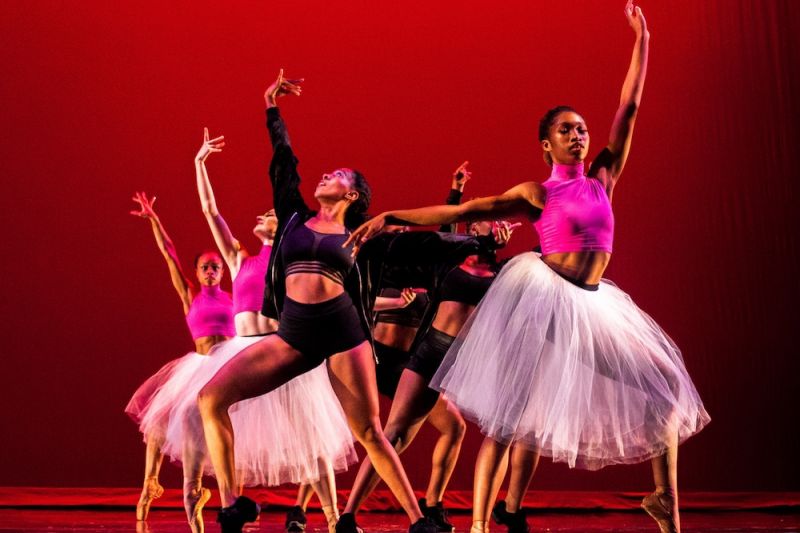 The only company in the world to perform in this signature trademark style, Hiplet Ballerinas of Chicago fuse classical pointe technique with African, Latin, hip-hop and urban dance styles rooted in communities of color. Promoting inclusivity in both their cast and audience, the company performs to modern music, and features dancers of all shapes, sizes and colors.
Since going viral in 2016, thanks to appearances on Good Morning America and Buzzfeed, the company has amassed over a billion views on YouTube, starred in a feature documentary, made a cameo in Shawn Mendes' "Youth" music video, and performed across the world. The Hiplet Ballerinas are also often found in high-fashion campaigns from the runways of Paris Fashion Week to ads for Desigual and Swarovski Crystal.
The company also offers student performances at 10:30 a.m. and 12:30 p.m.