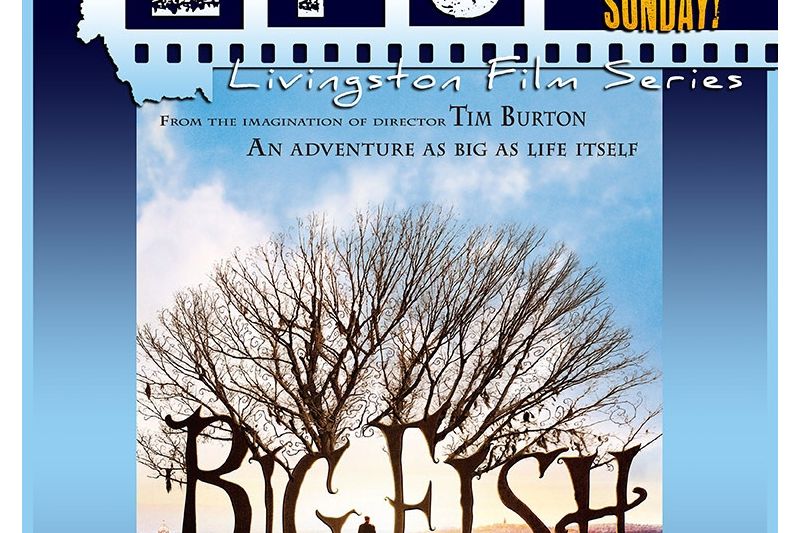 The Livingston Film Series presents Tim Burton’s 2003 fantasy drama Big Fish.When Edward Bloom (Albert Finney) becomes ill, his son, William (Billy Crudup), travels to be with him. William has a strained relationship with Edward because his father has always told exaggerated stories about his life, and William thinks he's never really told the truth. Even on his deathbed, Edward recounts fantastical anecdotes. When William, who is a journalist, starts to investigate his father's tales, he begins to understand the man and his penchant for storytelling.
A reception precedes each film in the series at 6:30 p.m.; concessions are available before the show.