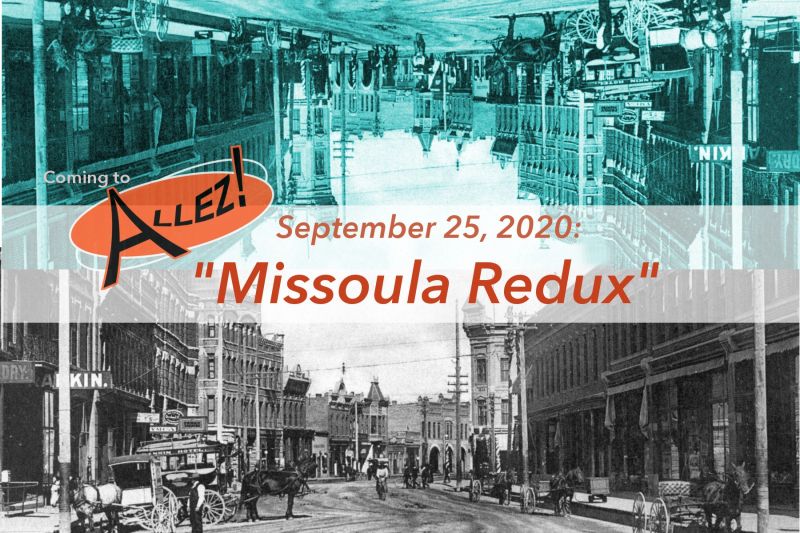 The first building constructed at 120 N. Higgins was occupied by McKay Art Company. Proprietor Rollin H. Mckay was a prolific photographer who documented Missoula the first half of the 20th Century. Today, 120 N. Higgins has been beautifully reconstructed and reimagined, with its art-filled historical footprint in mind.
In that vein, Allez set out to create an exhibition that drew from Missoula's past and honored the vibrant creativity of its present. Seven artists were each given a different photograph taken by McKay, or his predecessor F.M. Ingalls. The artists manipulated the photos in their respective styles. The seven artworks were then scanned, enlarged, printed and installed on the Allez walls.
The resulting exhibition Missoula Redux strives to convey something simultaneously old and new, connecting artists and viewers across the divide of time. Join us for an outdoor and masked celebration of the unveiling of this second installation!