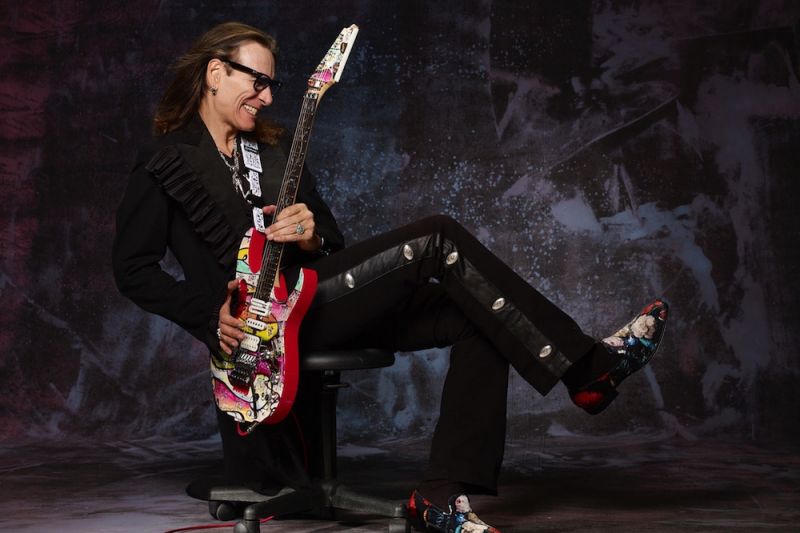 A virtuoso guitarist, visionary composer, and consummate producer who sculpts musical sound with infinite creativity and technical mastery, Steve Vai has awed fans of all genres with his exceptional guitar skills and musicianship for decades. At age 12, he started taking guitar lessons from Joe Satriani. At 18, he began his professional music career transcribing for, and then playing with, the legendary Frank Zappa. More than three decades, over 15 million in album sales, and three GRAMMY Awards later, Vai has proven himself, in his own right, to be one of music’s true originals.