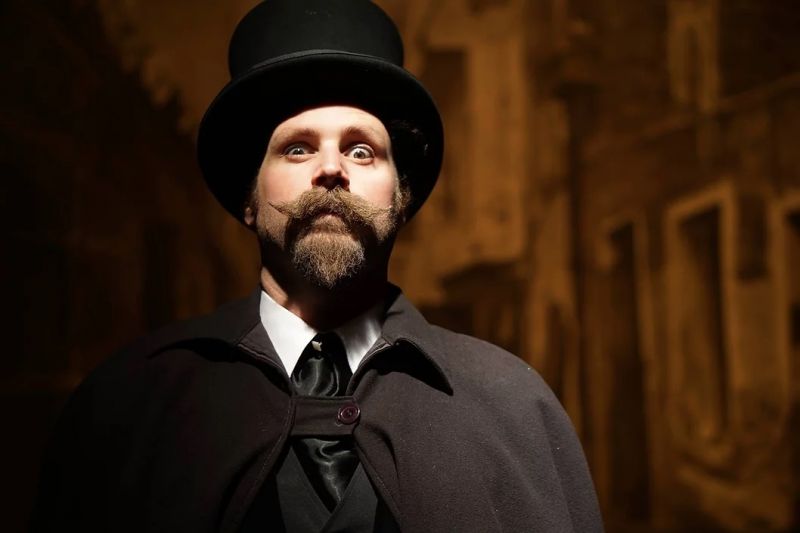 The Canterville Ghost" is based on a humorous/scary short story by Oscar Wilde and adapted by Errol Koch for the Virginia City Players.
An American family moves to a castle haunted by the ghost of a dead English nobleman, who killed his wife and was then walled in and starved to death by his wife's brothers.