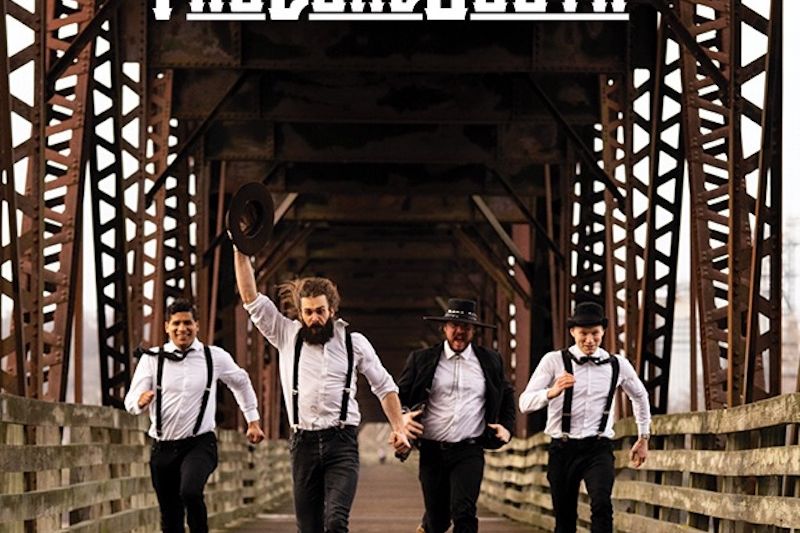 Saskatchewan is how it sounds: A province in the prairies of Canada with lots of nature, and lots of silence. This is where the quartet The Dead South comes from, and fits perfectly within this description. The debut album, Good Company, revealed the four-hatted, hairy and bearded fellas, with singer Nate Hilts as a focal point. The album is a perfect fit to the genres folk, neo-folk and bluegrass-folk or even alternative country. The first album really was a promise that is now fulfilled with the new release titled Illusion & Doubt. No doubt the four piece from the prairies has matured, in part because a woman now wields the banjo.
The instrumentation stays knowingly pure: guitars, cello, banjo, kick drum, mandolin building the acoustic fundamentals for full lead vocals and harmonies in a a mix of Nu-folk with elements of classical, punk, rock, alternative, bluegrass, folk and everything in between.