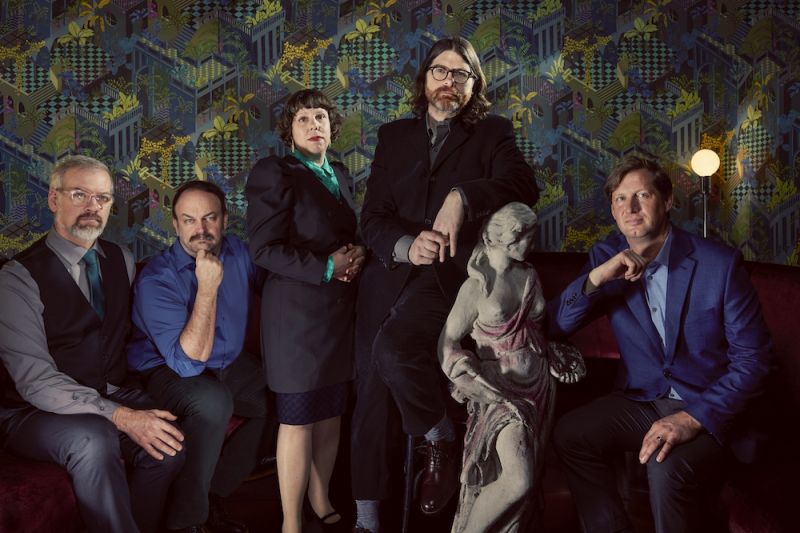 Portland, OR-based indie rock band, The Decemberists, will make their triumphant return to Montana when they bring the Arise From The Bunkers Tour to KettleHouse with support from Brigid Mae Power.
For more than 20 years, The Decemberists have been one of the most original, daring, and thrilling American rock bands. The band consists of Montana native Colin Meloy (lead vocals, guitar), Chris Funk (guitar), Jenny Conlee (keys), Nate Query (bass), and John Moen (drums).
Their full-length debut, Castaways and Cutouts, was followed by the acclaimed albums Her Majesty the Decemberists (2003) and Picaresque (2005).
The Crane Wife hit number 35 on the Billboard 200 and National Public Radio listeners voted its the best album of the year. In 2011, the Decemberists topped the charts with The King Is Dead, which featured guest instrumentation from Peter Buck of R.E.M. (a big influence for the Decemberists). The album included the song “Down by the Water,” which was nominated for Best Rock Performance at the 54th Grammy Awards.
2015’s What A Terrible World, What A Beautiful World, included the #1 AAA radio hit “Make You Better.” Their most recent album, I’ll Be Your Girl (2018), debuted at number nine on Billboard’s Top 200 and included the popular single “Severed.” NPR Music wrote “I’ll Be Your Girl captures a collaborative spirit that keeps the band sounding vibrant and alive.”