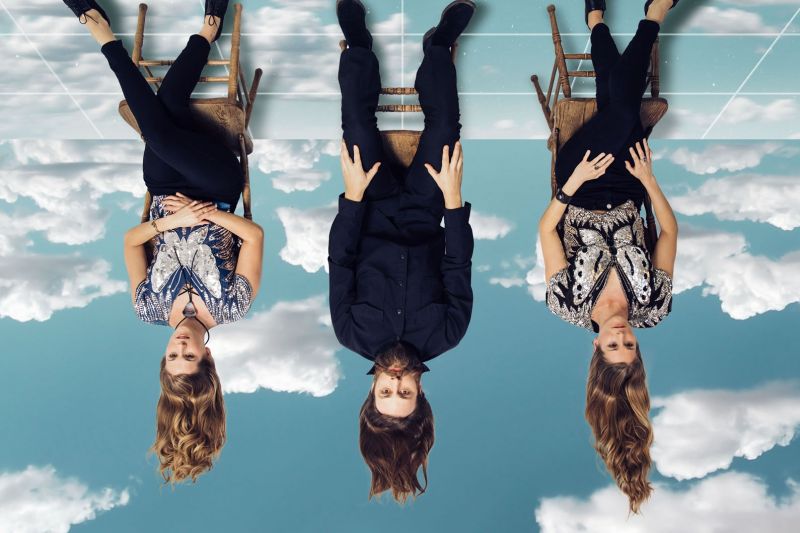 Portland-based sister folk duo, the Shook Twins, perform with Bozeman's The Madeline Hawthorne Band.
Shook Twins create a special brand of quirky folk music, which infuses beatboxing, looping, and electronics all seamlessly intertwined with their acoustic instrumentation and talented vocal harmonies.
Identical twins Katelyn Shook (vocals, guitar) and Laurie Shook (banjo, vocals) released their first album, You Can Have The Rest, in 2008. Since then, they’ve been steadily growing their fanbase, consistently touring across the country, and sharing bills with everyone from Ryan Adams to The Indigo Girls.
Their 14-track album, Some Good Lives, was described by PopMatters as being “as affirming as it is magical.”
Madeline Hawthorne is a Bozeman-based singer songwriter who released her debut solo album, Boots, in 2021.