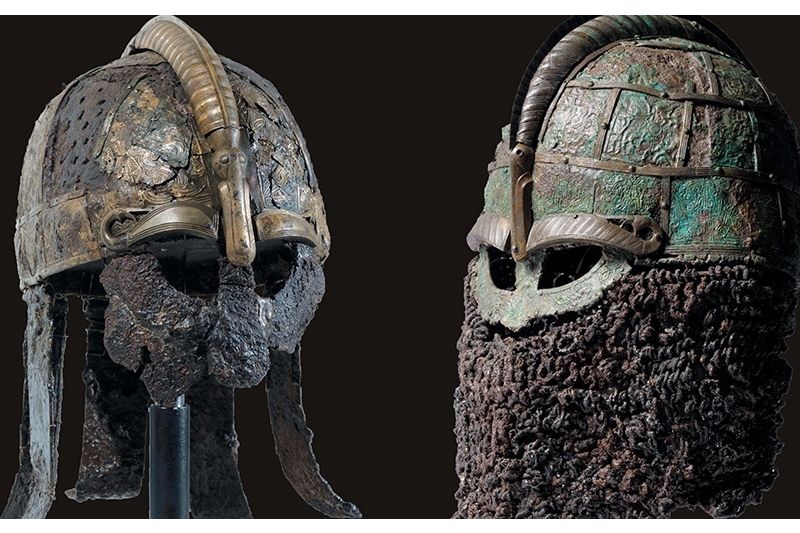 The Vikings Begin includes magnificent weapons, both for attack and defense, but also smaller treasures such as jewelry and objects of magical importance. To understand the story of how the Vikings began, the exhibition looks at their relationship with the outside world, their spiritual and magical beliefs, the role of warfare, the importance of water and waterways, and how trade routes influenced their world.
Based on cutting-edge research , the exhibition is the premiere of a collection that has only been outside of Scandinavia a few times. With Viking helmets, swords, and weapons for attack and defense, as well as jewelry, glass vessels, bowls, the artifacts tell stories both about the society and the people buried with them.