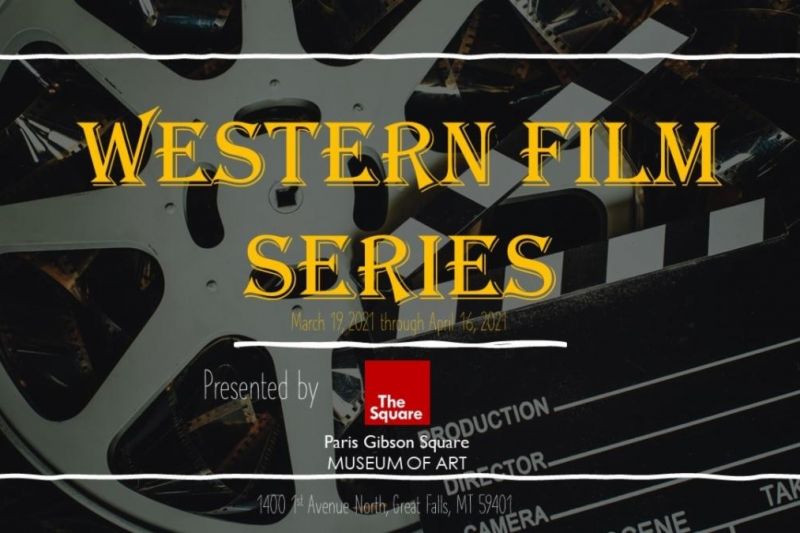 View a selection of Western Films from 1930-1960.
The films shown form the cornerstone of subject matter in Gordon McConnell’s research during the creation of his mixed-media paintings in the exhibition When the West Was Won: Recent Works by Gordon McConnell, now on view at the museum. His work interrogates the idea of “The West” especially how films of the American West became ingrained in the nation’s visual understanding of American identity and ideas.
The series continues with “Winchester ’73,” April 2-3; “The Misfits,” April 9-10; and “The Wild Bunch,” April 16-17.