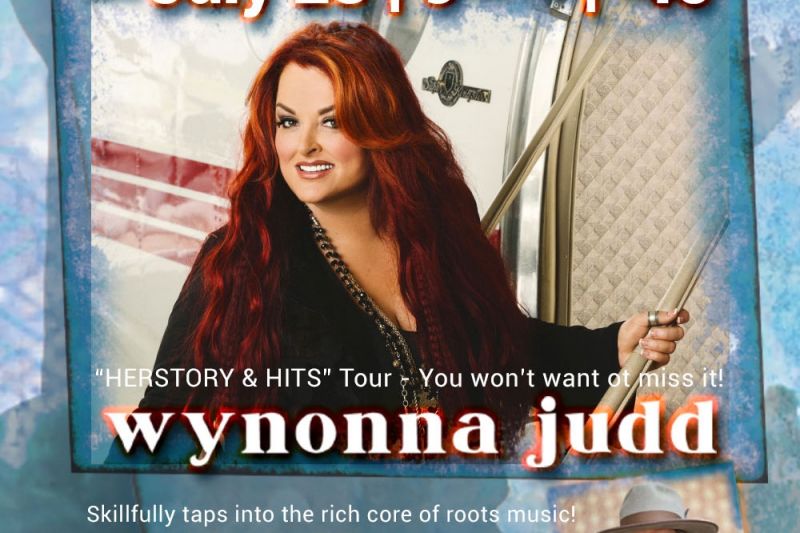 Once dubbed by Rolling Stone as “the greatest female country singer since Patsy Cline,” Wynonna Judd first gained fame as part of one of the most successful musical duos of all-time, The Judds. They sold over 20-million records worldwide to become music royalty to fans and critics alike.
A five-time Grammy Award winner in her own right, and recipient of over 60 top industry awards, Wynonna holds multiple gold, platinum and multi-platinum certifications from the RIAA for over 10-million units sold during her impressive 30-year solo career.
Wynonna will embark on her first-ever Herstory and Hits Tour to commemorate the 30-year anniversary of her debut solo tour, taking fans on a celebratory journey through the musical tapestry that shaped her career.
Willie Watson starts the show at 7:30 p.m. with a rich tapestry of roots music.